Four and half months ago, Scott and I made a plan.  A big plan.  We found our dream home!  Actually, our dream property.  The dream home part is a work in a progress.  The challenge was that I was still in Oklahoma for work.

With a portion of our home goods and necessities in tow, Scott drove from Oklahoma to Vermont to close on our new house.  Making the decision to live separately for a period wasn’t made lightly, but it was made with a longer-term goal in mind.  We’ve “visited” each other since his drive North, but with COVID, we didn’t want to be recklessly traveling either.  So, we each hunkered down and did our jobs that would bring us together soon enough; Scott single-handedly demolishing the entire first floor of our home (he’s now in construction phase) and me taking on a new, bigger role at work.  I’ll post more about the demolition/construction later.

I felt confident going into this temporary arrangement that we would each be so busy that any loneliness would be tempered by the thrill of moving towards our goal.  And I was mostly right.  We've had great stretches and we’ve had challenging stretches.  FaceTime has been a godsend.

Early on, I felt like the universe was plotting against our new arrangement.  Within the same one-week period back in October, Oklahoma had a historic ice storm that left trees in a shamble (they’re still cleaning up in February!), Bella got sprayed for the first time by a skunk, and the garbage disposal backed up.

I initially became pretty overwhelmed by it.  I cried at the universe, “How is all of this happening right now when Scott’s not here?!”  Full out pity party of one.  One challenge at a time, I peeled away the overwhelm and the frustration I was feeling and addressed each challenge.

Ice storm?  Scott had most of our tools, so I drove to the local hardware store and bought a small hand saw before everyone else snatched them up.  The next day provided a perfect weather day to get outside and cut up the branches in the front yard. 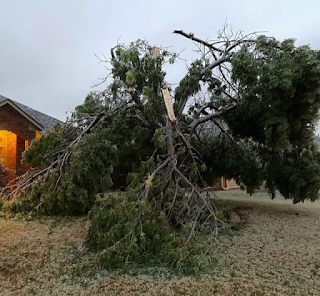 Skunk-gate?  Faced with a frozen spicket, I couldn't bathe Bella outside.  I brought her inside and whisked her over to our amazing boarding place for a professional de-skunking.  Best $25 I've ever spent. 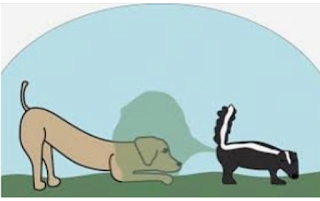 Backed-up garbage disposal?  After cursing my landlord who basically said this was a “me” problem (she was right), I ran out to the store for some Drano.   Best $7 I’ve spent since Skunk-gate.  Worked like a charm.

Today, I’m faced with shoveling 8” of snow with more coming, hoping the negative 27 degree wind chills don’t freeze the pipes or force a power outage, strongly encouraging pushing Bella to go outside to do her business, starting vehicles periodically to prevent battery drain, and just now wrestling with a garage door that decided to stay in the “open” position.

None of what I’ve shared here has been tragic.  None of this has been as dramatic as it felt in the initial moment.  As of now, I still have power and heat and working pipes.  And I won the garage door fight.  Go me!

Somewhere over the last four months, I’ve added a new, thicker layer of skin.  I feel like I’ve always been gutsy/adventurous, but admittedly have grown soft when I knew Scott would just take care of the problem.

We have partners for a reason, and I can’t wait to be back with mine.  But I’m grateful for this reminder of how important it is to be able to take care of myself and to not panic or get overwhelmed when shit happens.  Because shit will happen.  A lot.  Except when I want Bella to go outside.  That shit ain’t happening anytime soon! 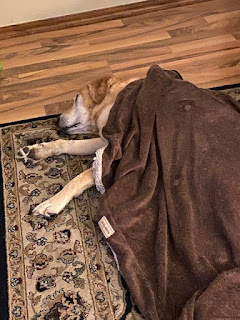 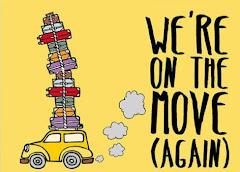 The last five years have seen our little family call home in five very different states.  As we prepare to make our next move to our final state number six, I found myself reflecting on the last five years/moves/states….

We lived in Massachusetts all our lives.  Until we didn’t!  Snowy backyard, countless fun running memories, big 50 mile and 100 mile race accomplishments, family and friends.  Too many pictures to represent all the decades. 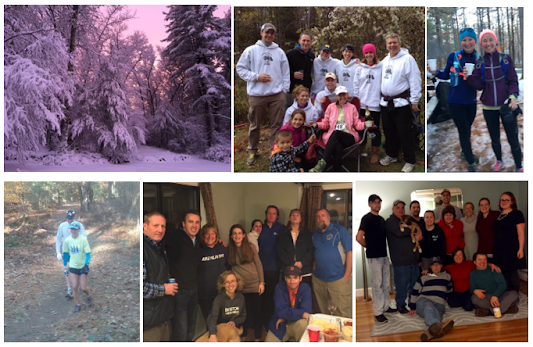 We lived in North Carolina next.  Then we blinked and moved on!  While there, we ran some races, did some sightseeing/touring, took a trip in a hot air balloon, and hiked some mountains. 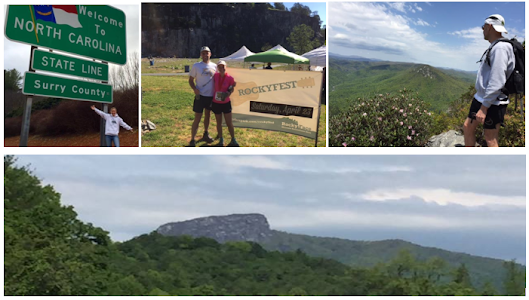 We lived in the Monadnock Region of New Hampshire next.  Made some life-long new friends, shared hot cocoa at the top of Mt. Monadnock during a super moon, discovered Scores Running Club family, reconnected with our families, and ran lots of races, notably Vermont 100 (Scott). 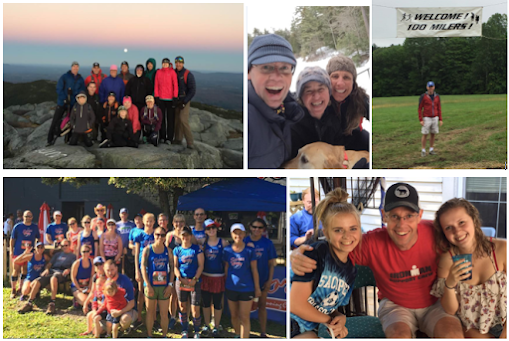 After decades of complaining about the cold, it was time to explore life in Southwest Florida.  Made instant great friends (who express themselves via birthday cake), learned how to avoid new critters (heyyyy gator!), survived a brutally humid 50K with our northern friends, and experienced and captured some of the most amazing sunsets! 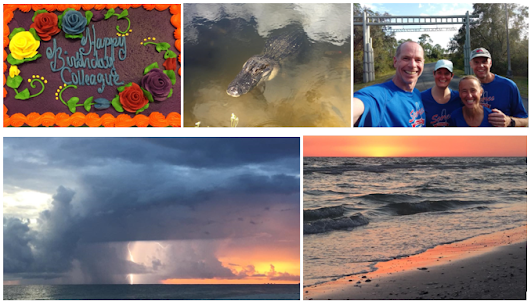 Although planned as a temporary stay (for work), our stay in Oklahoma has lasted almost two years!  And, it’s fallen partially during the pandemic.  Fortunately, we did get some explorations in before lock-down.  The weather nerd in me got to visit National Weather Center, experience a distant-enough tornado from the safety of our storm shelter, experience the coldest weather in 116 years, visit the Oklahoma State Fair, run several races, and make an instant friend at those races! 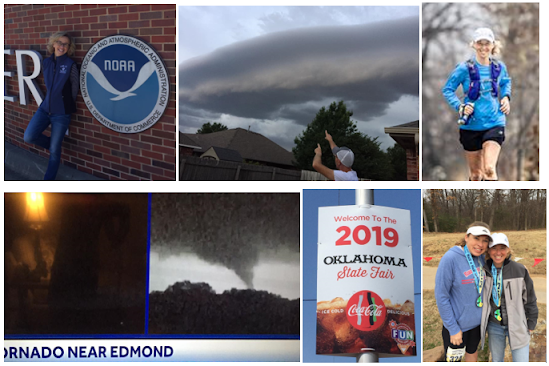 Next Stop:  Home Sweet Home, VT USA…We are now preparing for our trek home to Vermont!!! 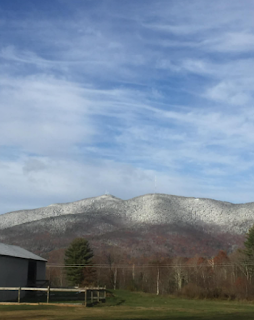 None of these five states were necessarily "wrong".  We consider ourselves so incredibly lucky to have been able to experience this adventure.  It reminded us of what we need, what/who we missed, and what we don't need as part of our future.  We wouldn’t trade the friends and the memories we made for anything and are excited to build new memories.

Vermont, we're coming for you!

Take care of your own oxygen mask before helping others….

With all the debates about masks these days, the airlines have got it right;  take care of your own oxygen mask before helping others…. 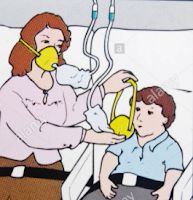 This year has been a struggle in so many ways.  Finding ourselves navigating a pandemic was not something any of us saw coming.  But even without COVID-19, life is a series of balancing acts.  Work presents challenges, relationships require work, and personal self-care often finds its place at the very bottom of our everyday life lists.

Anyone nodding?  Yep, me too.

I’ve noticed I’m falling very short in the self-care category and have been for some time now.  I’ve always struggled with balancing work life with my personal life, but the past five months or so have taken that struggle to a new level.

With so few things we can do, visit, and engage in this year, I, like many, have spent a lot of time at home; so, I work.  It's my default.  Starting running regularly in my 30’s helped my balance immensely.  I met new friends, joined in on running dates, joined a running club, and ran countless races.  When I chose to return to school for my bachelor’s and master’s degrees, I met more new friends and immersed myself in learning and applying my learning. I’ve been doing very little of what energizes or inspires me.  And I miss it.

Worse, all this non-stop working is distracting me from other self-care opportunities:

If I expect to be a good/happy/balanced person, wife, daughter, friend, and coworker, I need to take better care of myself.  I have people to care for and take that very seriously.  So why not take self-care seriously?  Why do we so often give up or leave for last the very thing we need most to get through our good days and our bad days?

This day, Saturday, I choose to put self-care back up at the top of my list.  So, I am applying my oxygen mask before helping others;  a walk with Bella, a run outside, a healthy lunch, and...a page in my blog.

How do YOU self-care?

A week and a half have passed since my last run.  I walk daily, sometimes multiples times, driven by Bella’s needs.  But run?  Meh.  These days of COVID, of work stress, and insomnia have left me dreaming of being a runner again (when I do actually sleep).  That would entail running though.  Hence, my dilemma.

I could tell immediately that my life-force was off this morning.   I had no good reason for feeling this way; it’s Saturday, it’s not 400 degrees out, and I actually slept OK last night.  Scott was already out for a run, so I grabbed Bella and took her for her “long walk”, hoping the act of moving would change my attitude.

Scott, doubling as a cheerleader and coach today, had a great idea to drive to Acadia and run some trails.  Nothing takes the pressure off a runner who hasn’t been running than trails.  No pressure to run fast, ability to get lost in the run, no external distractions…. 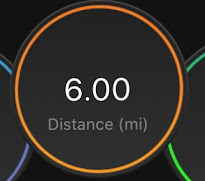 Sometimes you need a combination of things:  a husband who gets you, who leads the cheering squad for you, who is willing to run additional miles at a slower pace just to get me out there moving, and of course, cooler air is always a plus.  But ultimately, you still need to want to run.

I’ve been stuck for some time now with where running sits in my priorities, what I expect out of a run, and frankly, why I run at all.  So many years of building my miles, my pace, and my goals have left me questioning my “why”.

While I contemplate my “why”, I’m celebrating a glorious 6 miles on trails, a clear head, a hint at a level of energy I’ve been missing, and even a desire to go back out for more tomorrow!

I was watching...and still am Mom!

Words are nothing without action behind them.
I am who I am today because of you.
Because you showed me...

right vs. wrong
kind vs. evil
strong vs. weak
love vs. hate

What a gift to have you as my Mom. 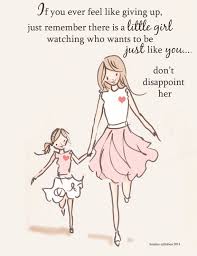 Today should have been the 20th running of the OKCMemorial Marathon, but like many other races, it was postponed.  Instead, we headed to the local park to run as many loops (~2.75 miles) as we needed.  Not wanted…..needed.

4.44 miles was the moment during my run this morning when everything clicked.  I intentionally ignored my watch this morning, because my goal was to crash through the 4-mile barrier I’ve slowly built up the last couple of months and find that feeling you only get when you run long.

Mission accomplished.  Today’s 9-mile run was the longest I’ve run since March 1st.  Since then, I’ve been hanging out way too long in 4 mile-ville; at that, the frequency has been sporadic at best. 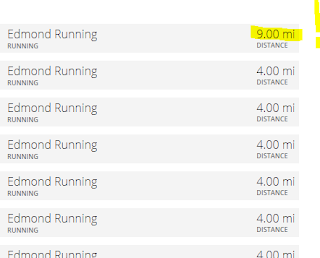 Here’s what I re-discovered by breaking through the 4-mile barrier:


The final thing I re-discovered is that I need to run.  Plain and simple.  Running continues to provide me with the feeling of belonging in a community that embraces each other (from a distance of course!), with goals to strive for and crush that feed my confidence, and with the endorphins that bring with a sense of peace that makes everything feel more achievable.

And because I love junk food.  There's also that.

What will be the new normal?

I hear we’re not even at peak yet with this awful Coronavirus.  With most of us following social distancing guidelines for several weeks now, I can’t help but wonder what post-Coronavirus world will look like?

Here are a few things I hope will continue post-Coronavirus crisis: 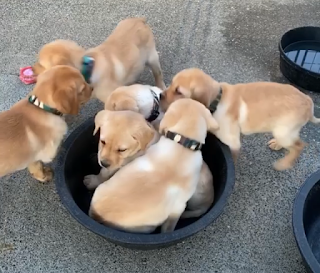 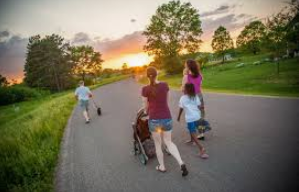 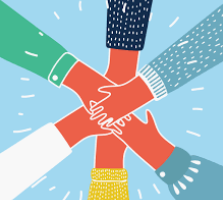 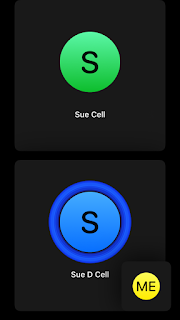 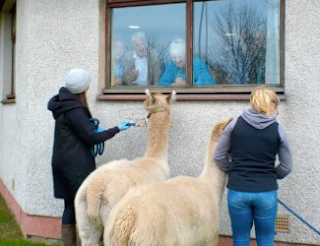 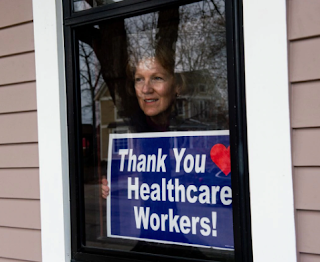 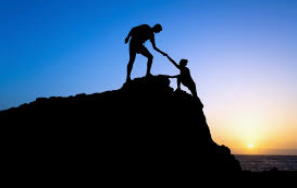 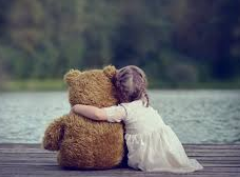